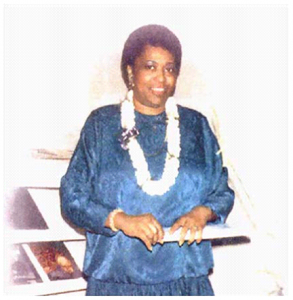 Pearl M. Hill attended the public schools of Portland, Oregon and was an Upward Bound student at the University of Oregon in Eugene. After completing high school, she attended the University of Oregon, graduated and later became the director of the Upward Bound program there. She served in that position for 24 years helping hundreds of first generation and low-income youth gain access to a college education.

Pearl’s passion for her work led her to become the founding President of the Northwest Association of Special Programs – NASP (now known as the Northwest Association of Education Opportunities – NAEOP), the regional association of TRIO programs in Alaska, Idaho, Oregon, and Washington, and a member of the founding committee of TRIO’s national association, the National Council of Educational Opportunity Associations (NCEOA), known today as the Council for Opportunity in Education (COE). Pearl served as its first Secretary and sat on its founding Board of Directors. In 1982 she was among the first TRIO grads to be recognized by the Council as TRIO Achievers.

Pearl remained active in TRIO until her health declined. She died in November of 1999 but will long be remembered for her legacy of advocacy, tenacity and tireless leadership in establishing NAEOP and NCEOA (COE) as, “The voice that responded to or spoke on behalf of TRIO and TRIO-type students and programs.”